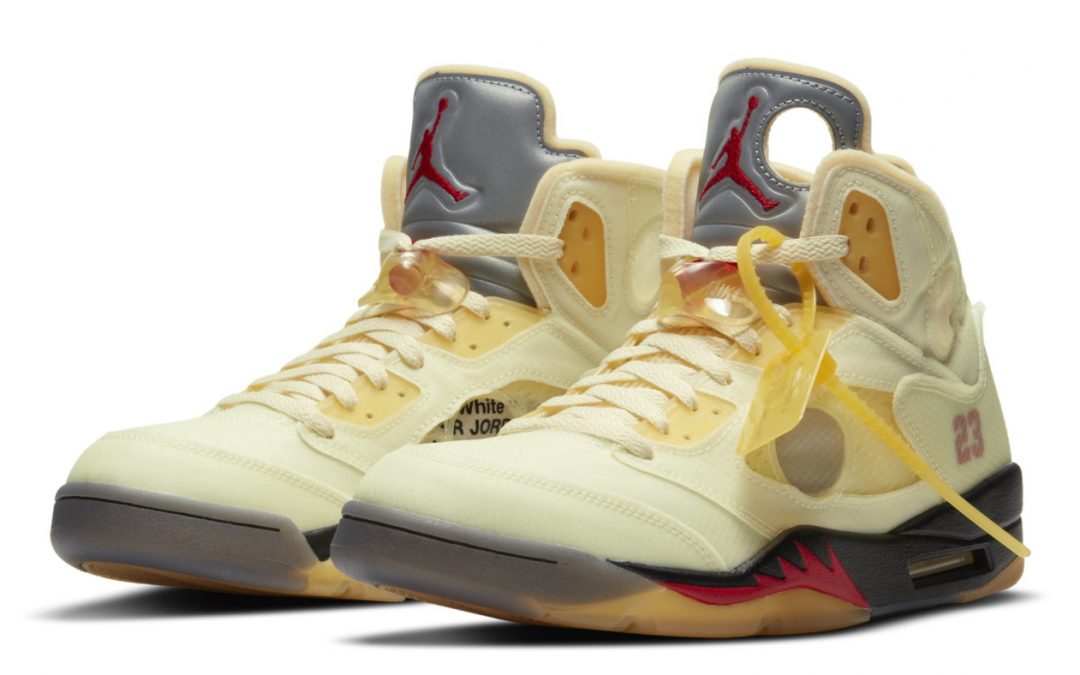 At the start of 2020, Virgil Abloh surprised with his return to Jordan Brand, a collaboration that saw the Off-White designer flip the script on the beloved Air Jordan 5. And, just mere moments after the weekend long event’s end, Abloh teased yet another, a bright, ostensibly Fire Red inspired colorway that has since been tweaked for release later this month.

Finally revealed by way of official images, the offering showcases a design replete with the same themes as the Black Metallic that predates it. Thinly veiled holes are scattered about the classic heritage template, meant to be cut off as the wearer sees fit. Thin collars and tongues, while cut to the general guise of the originals, are visually filtered through Off-White’s deconstruction, the latter’s silver reflective embellished with an opening difficult to ignore. Elsewhere, the synthetic materials are layered across the forefoot and profile in Sail tone, the cages and eye stays laid above tinted marginally darker in possible nod to vintage. Red “23” logo hits then stamp the counter in complement to the lace toggle and Jumpman insignia, while “Nike Air” rests further back atop the midsole’s dark black coating.

Grab a close-up look at the pair as well as its packaging here, and as of current, they’re rumored to be releasing on Nike SNKRS and likely select retailers come October 29th.