This album is due to a radio meeting between the legendary composer Janko Nilovic and Dipiz the  beat maker,crate digger, deejay and radio host.
On the 17 of april 2015 ,Janko decides to offer live and direct a keyboard suprise in the radio Mille Pattes studio during the Wax only Wax  special Janko Nilovic.
From that point many other unexpected suprises will emerge, ten new Janko Nilovic  compositions exclusively produced by the boss of Broc Recordz, Dipiz with the help of the musicians, composer and arranger, Alexis Hountondji aka Kofi.

This mix breed bass player from France and Benin has shared the stage with Bibi Tanga, Sixun before touring europe and africa since 2012 with BLITZ THE AMBASSADOR

Kofi releases “Ablume” his first album in 2013 mixed and mastered at Les Murs du Son studio located in the suburbs of Paris where later the whole team of production will settle for Supra Hip Hop Impression.

But let’s get back on the subject of Janko Nilovic, born in Istanbul in 1941 , he becomes a french citizen in 1973.
He is a key composer with six different alias ( Andy Loore, Emiliano Orti, Alan Blackwel…) for the last 50 years, as well as a arrangeur for Gérard Lenorman, Michel Jonasz.for whom he composed and arranged until 1969.

Janko got the attention of the record industry by his work on library music for Neuilly, Sforzando but mostly for his work on Editions Montparnasse 2OOO for whom he recorded and composed  Psyc Impression in 1969 sampled forty years later by Jay -Z.

Nineteen other albums followed on this french label among them the masterpieces Soul Impression and Rythmes Contemporains that keeps gettin reissued on international and french labels because of the the demand from diggers and collectors worlwide.

His music is very often used for documentaries and movies and therefore exists in the mind of Janko because he creates them awlays unconsciously linked to soundtrack and pictures.
One could say to define his genre that his music is pure library music.

The album is an allusion to his 1973 Supra Pop Impression and when you will hear the first track of this new album you will understand that it begins as supreme as it ends, each track takes us on a ride into his cinematic world so striking and oriiginal.

Janko is a prollific humble man that has released so many records of great value today that diggers are still searching world wide like the original pressing of  FUNKY TRAMWAY from his project Mad Unity that is worth 2.000 dollars.

He has been sampled by Dre, Jay-Z, Raekown, Jazzy Jeff,, The Beatnuts or Guts just to name a few of his fans, considered as the don of composer by most beat makers.

Janko is a brilliant composer beyond doubt. His new album will be be for sure a great source of inspiration for producers and Mc’s from here and abroad. 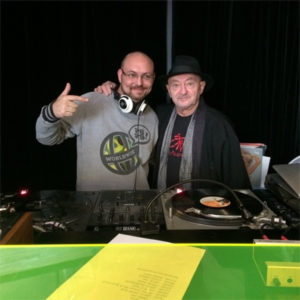 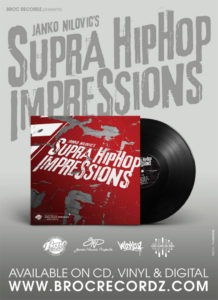