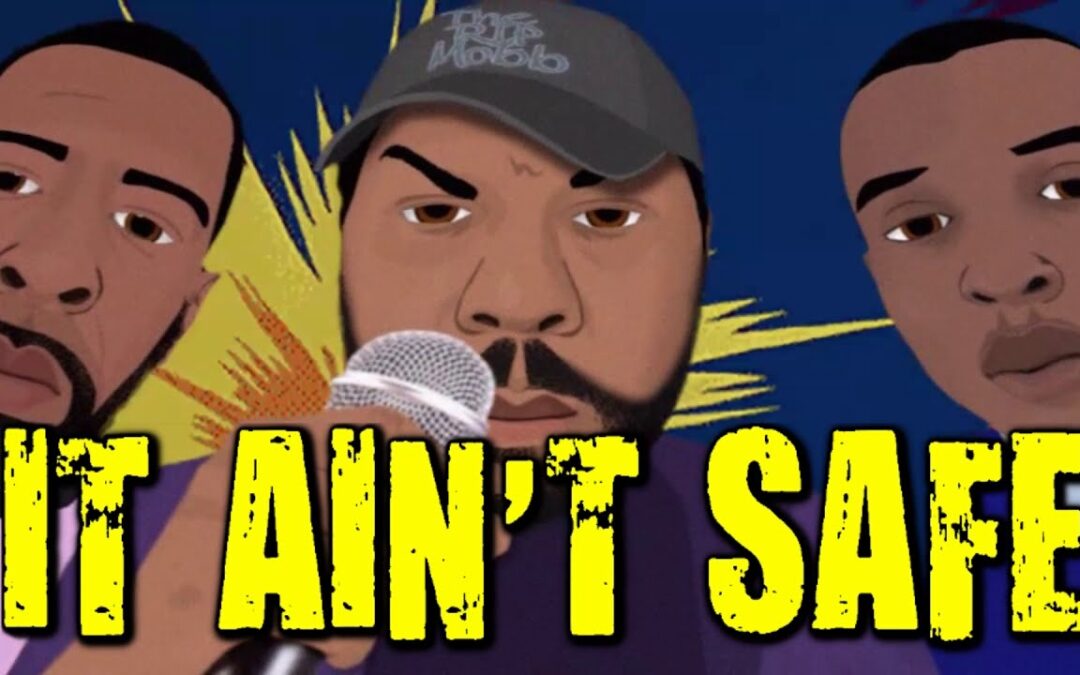 The Rip Mobb release animated visuals for their new single “It Ain’t Safe” featuring Mars Hall with production by Deevyus.

The seasoned MC’s go in on young “Mr. Trash” and his hype men, dumping them curbside.  Delivering polished punchlines over classic Hip Hop thumping bass and drums, The Rib Mobb devour their competition in a true MC battle.

Take heed, because “it ain’t safe” to step to Rip Mobb, “steppin to us nah it ain’t safe you coward f*cks couldn’t bust a grape flip the table and snatch ya plate eat your food right in front ya face.”

You’re either eating or you’re on the menu…Watch “It Ain’t Safe” below.